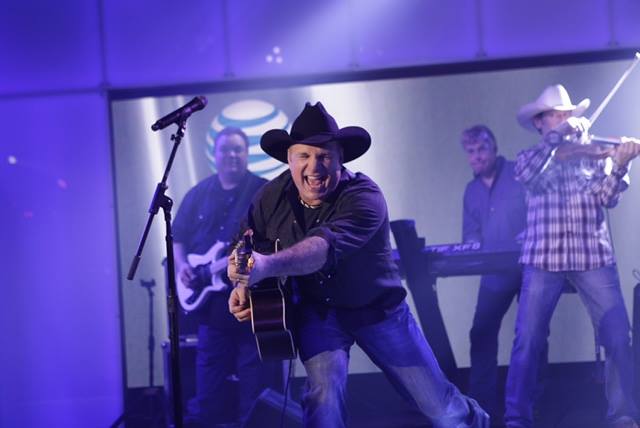 BY JAKE HARRIS
Forbes just released its 2015 list of the World’s Highest-Paid Celebrities, and quite a few country stars made the Top 100.

Of the 100 celebrities in the list, 11 were country acts, combining for a grand total of $624 million in revenue last year. In other words, if the country music genre were only made up of the artists on this list, its combined revenue would be greater than the GDP of a small Polynesian sovereign state.

The top honor, however, went to boxer Floyd Mayweather, with a reported $300 million in the last year, moving up six spots from No. 7 in 2014.

But this list proves country music is the fastest-growing music genre today, with many artists making money on the side with endorsement deals or restaurant franchises, like Toby Keith and Jimmy Buffett.

Garth Brooks led the country music crowd at No. 6 this year with $90 million in income, a stat that should surprise no one. Brooks recently began touring again to support his latest album, and Forbes reports he makes at least $1 million per tour stop. Look for him on this list next year, too.

Whether or not you classify Taylor Swift as a country star these days is subjective, but she’s only two spots below Brooks on this list at No. 8, earning $80 million last year and tied with actor Robert Downey, Jr. She jumped up 10 spots from her place in this list last year. Her platinum-selling 1989 was the top release of 2014, and the 25-year-old is showing no signs of slowing down.
At No. 32, with $53 million, Toby Keith moved up almost 20 spots from his Forbes placing in 2014. It seems like Keith releases an album a year, but most of his wealth comes from his Show Dog record label, Ford endorsement deal and I Love This Bar and Grill franchise.

Closing out the Top 50 are Jason Aldean, Luke Bryan and Kenny Chesney at Nos. 47, 48 and 49, respectively. Aldean brought in $43.5 million, Bryan took $42.5 million and Chesney ended up with an even $42 million. Aldean led the trio in earnings because of his overseas touring.

Tim McGraw landed at No. 58 with $38 million, but that number should go up next year as a result of his tour for Damn Country Music.

Bro-country pioneers Florida Georgia Line were able to parlay their party into $36.5 million, landing them at the No. 61 spot. Their non-stop touring and recent Mountain Dew endorsement deal helped land them on this list for the first time.

Zac Brown Band landed at No. 78 with $32 million, due in large part to the release of Jekyll + Hyde, and their accompanying tour.

And, last but certainly not least, in a bit of irony, Miranda Lambert and Blake Shelton are tied along with Jennifer Lopez, Kevin Hart, Kaley Cuoco-Sweeting and Sofia Vergara for No. 95 with $28.5 million.
Source: Wide Open Country