This article is from TexasMonthly.com 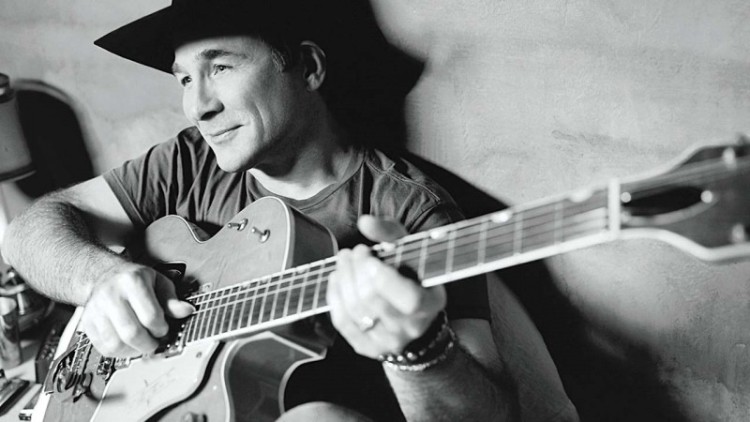 Clint Black had already won the argument. Five times. Between 1989 and 1994, Black released five albums, each of which sold a million copies or more. Back then, country superstars who sang their own songs were even more of an anomaly than they are today, and Black had written every last song on those records, usually sharing the credit with his bandleader and guitarist, Hayden Nicholas. Yet during the run-up to each of those albums, his label, RCA, would ask him to consider a stack of songs written by professional Nashville songwriters—the sort of tunesmiths Music Row publishing companies task with churning out formulaic chart-toppers. “How about we just use the guys that wrote the last album?” Black would usually answer, fully expecting to be the only one chuckling.

By 1996, when it was time to add a few new songs to his first greatest-hits collection, RCA finally knew better than to ask a man who had delivered nearly two dozen top-ten country hits—including such classics as “A Better Man,” “Like the Rain,” and “Loving Blind”—if he needed some help in the songwriting department. But Black saw the obligatory prerelease meeting with the label as a chance to outline his philosophy one last time.

“I told them that if a doctor told me that I could take a pill that would let me live ten years longer but I’d have to stop eating food, I wouldn’t do it,” says Black. “Food is one of the great joys in life. I’d take my chances with the food. So I told them, ‘If you told me that recording other people’s songs would help me sell ten million more albums, I wouldn’t do it. It’s not why I’m here. I’d love to sell ten million records, but that’s not the place where I start from. It’s not negotiable.’ ”

Nearly twenty years later, Black believes his stubbornness is the main reason he’s where he is today—which is to say, unattached to a major label and unlikely to get new songs played on country radio. At 53, he’s a country-music legend but no longer a country-music superstar. Maybe you’ve heard he’s got a new record coming out, his first in nearly a decade (not counting a Cracker Barrel exclusive from two years ago). Or more to the point, maybe you haven’t. And if you’re wondering if Clint Black thinks he can wage the kind of comeback that would allow him to compete with Luke Bryan, Blake Shelton, or Florida Georgia Line, Clint Black wants you to know he’s not that delusional.

“To me, those guys work inside a different industry,” says Black. “I’m more of a mom-and-pop now.” And this particular pop is self-aware enough to know how embarrassing it would be if he resurfaced trying to play a young man’s game, throwing his voice over schlocky hip-hop beats to grab a little radio play.

Black’s tenth album, On Purpose, is being put out by his own label, Black Top Records, via Thirty Tigers, a Nashville-based boutique marketing and distribution company. Thirty Tigers has had a nice run of success lately, playing a pivotal role in launching Americana acts like Jason Isbell and Sturgill Simpson and signing up more-established acts that have gone the independent route, like Lucinda Williams, Pat Green, and Ryan Bingham. But if you do some rough math and throw out a couple of posthumous Waylon Jennings releases the company was involved with, Black has sold more records in his career than every other Thirty Tigers artist combined.

Black is working with Thirty Tigers, he says, mostly because twice in the past ten years he got burned by major label execs who seemed excited to attach themselves to a proven star—and then confessed that a deal would be contingent on his willingness to record someone else’s songs. Once again, Black thought his track record should have made those conversations moot. And again, he had to let ’em know that the issue was nonnegotiable. “In country music now, it’s really just three people who decide what song you sing, who produces it, and how it sounds,” says Black. “You can have a lot of success that way. They’re running a business. I happen to be a capitalist myself. But I like to run my business my way. They can run theirs their way. I just wish I had been wise enough to not let them waste so much of my time.”

Black’s stubbornness is a product of what he describes as “a Texan’s ingrained independent spirit.” Although he was born in New Jersey, where his Texas-born-and-bred father was working a construction gig, the family moved back to Houston a few months later and before long settled in Spring Branch. He picked up the guitar at fifteen and, inspired by his father’s devotion to country music, immediately took an interest in songwriting, listening closely to the likes of Willie Nelson, Waylon Jennings, and Jim Croce. “My father taught me at an early age to look at liner notes and credits—this is the artist, this is the songwriter, this is the producer,” he says. After a stint playing bass and singing harmonies in his older brother’s country band, Black went out on his own and spent the better part of a decade playing around town as often as five times a week, eight or nine hours straight—a schedule that might’ve started with an afternoon slot at the Holiday Inn Greenway Plaza’s lounge, followed by a happy hour show at Fitzgerald’s, and then an hour’s drive south for a nine to two coffeehouse gig in Galveston.

By 1987 his demos had caught the ear of ZZ Top manager Bill Ham, who convinced RCA that Black could be the label’s best hope for cracking the market that tradition-minded singers like George Strait, Dwight Yoakam, and Randy Travis were pioneering. Killin’ Time’s staggering success—two million sales and four number one singles in a little less than two years—coincided with the emergence of still more “new traditionalist” singers, like Garth Brooks and, not long after, Alan Jackson. Black stood out as perhaps the most traditional by integrating two-steps, western swing, and Cajun elements, all of which he’d picked up playing Texas honky-tonks and dance halls.

Black never again made a record as popular as Killin’ Time, but the gold and platinum certifications didn’t stop until the late nineties, when he took a few years away from the business to focus on family; he and his wife, the actress Lisa Hartman Black, have a daughter, Lily, who is now fourteen. And when he returned, he decided he’d had enough of the major-label system. (Though he still had a thing for the limelight, as evidenced by his appearances as a contestant on the second season of Celebrity Apprentice.) His next two albums were released by his own Equity Music Group, which promised equity shares to its artists (“a great idea delivered upon by imbeciles,” he says of the label, which shuttered in 2008). Neither record sold that much, but the downturn had nothing to do with quality—ten records into his career, he hasn’t made a record yet that didn’t sound like a Clint Black record. So don’t call On Purpose a comeback: he’s been here for years, doing pretty much the same thing and doing it very well. His voice is still deep and surprisingly supple, and he’s still turning clever phrases (“I’ve been better, I’ve been worse / Got a little money, but it’s in her purse”).

Black, whom this magazine described as having a “distinctly methodical and sober streak when it comes to business” all the way back in 1989, says his expectations are modest. “I know where we are in the industry and where I am with Thirty Tigers,” he says. “They’re not Sony, for all that is and isn’t. If I reach my core fans, that’s success enough for me. But with the Internet, I have a ten-lane highway to reach them. When I started out, it was two lanes: major label or nothing. Now we have YouTube. In 1990 we had the Nashville Network and maybe you got on the Tonight Show. Now you just have to let your fans know where to find you. And we have a lot of ways to do that.”

Black is also modest and pragmatic about the prospects of leaving a meaningful legacy. Throughout his career as a songwriter, time and what you make of it has been his predominant theme: from “Killin’ Time” to “Buying Time” to “No Time to Kill.” On Purpose opens with a tune about taking stock and slowing down, “Time for That.” Black says that beneath the tall hat and goofy smile lies a weary fatalist, a worldview spurred early on by watching the Vietnam War unfold and by a family history of cancer. “I’ve always sung about time because I see it as this precious thing we probably don’t have much of,” he says.

“Will any of this matter to anyone a hundred years from now?” he wonders. “Probably not. Maybe twenty years from now that first album might matter. It’s a thrill to think that maybe when people talk about great country music, I might be included in the discussion. But ultimately you have to look at yourself as being ashes to ashes and dust to dust, so you better enjoy what you’re doing and do it for the right reason, because at some point it’s not going to matter to anyone else. So I’m going to be me, I’m going to do what I do, and whatever that gets me I’ll take, good or bad. And, you know, the bad ain’t that bad. The good’s been pretty good, though.”