Recently, Redneck Yacht Club co-writer Thom Shepherd shared the bill with the Steep Canyon Rangers at the Damon Runyon Theater in Pueblo, CO.  He had heard of the Rangers, but didn’t know much about them, so he did a little Googling.

As it turns out, comedian and actor Steve Martin was introduced to the Steep Canyon Rangers by his wife at a party in North Carolina, and Steve hired them on the spot to back him up on the road. The Rangers have now backed up Martin on the road for five years, the last two with Edie Brickell. They are currently traveling without the 67 year old Martin, as his wife is having a baby. Today (8/28) is the release date of SCR’s new single “Radio.”

So you may not be able to catch them all out on the road together in the immediate future. But not to worry. There is a DVD of a concert they did in Riverside, CA and it is, in a word, AWESOME. 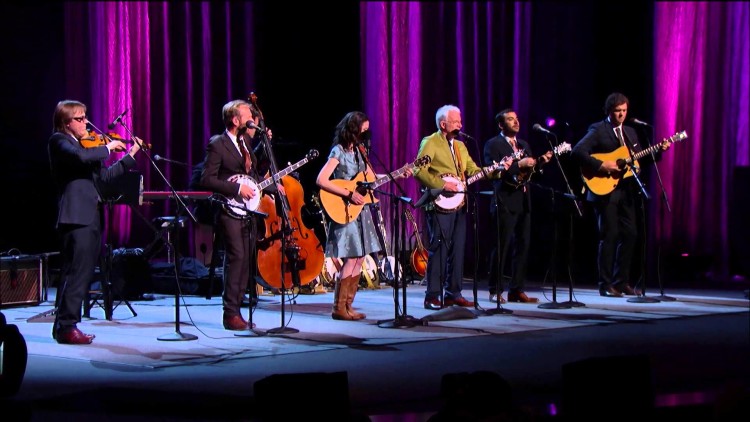 Martin’s humor is still sharp as a tack. Even if you can’t stand bluegrass music, get the DVD for his comedy and fast forward through the songs. But I highly recommend not doing that, as the songs Martin and Brickell have written are brilliant as well. The Steep Canyon Rangers songs are great as well.

As a consumer, I rarely watch a DVD more than once. But ladies and gentlemen, I have watched this DVD about six times since I bought it. I haven’t LOL’d this loud or hard since I don’t know when. And the music is incredible too.

The DVD package also comes with a CD of most of the songs featured in the concert. My only complaint is that Martin’s in-between song banter is absent on the CD.

This DVD is well worth the price of admission. I got my copy from Amazon and have ordered it for friends.