Recently my girlfriend brought home a six pack of Not Your Father’s Root Beer. She knows I like unusual, fruity, or sweet kinds of beer. Let me tell you, this stuff is great!

It tastes like root beer, but it’s beer. The kind I tried (and have bought several sixers of since) is 5.9% alcohol, but I’m told you can get a 10% version and one that is 19%. I’ve also heard that they are working on a 24% version. Holy cow!

If you are a craft beer lover expecting hoppy goodness, this probably isn’t for you. It doesn’t taste like beer at all really, it tastes like root beer with some extra spices and vanilla flavoring in it.

The beer was created by a guy named Tom Kovac at Small Town Brewery, in tiny Wauconda, Illinois. All I know is, I’ve been able to find it at several bars, but they are usually almost out of it when I try to find it at my local H-E-B store. I have found this beer in Texas and as far away as Minnesota. 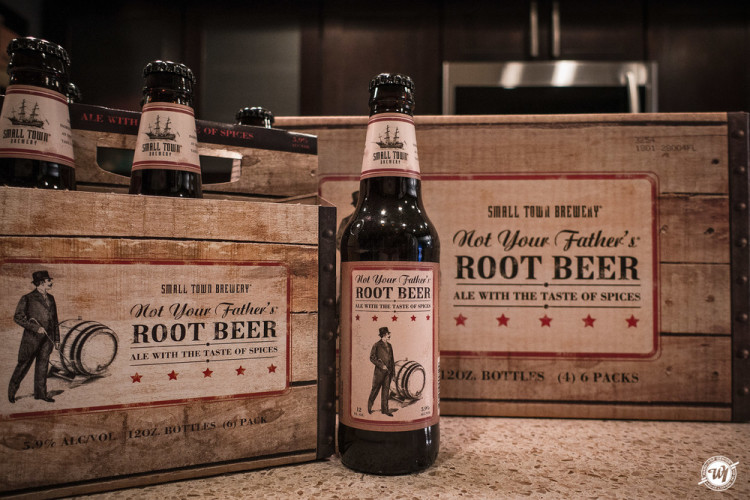 This stuff is great, I’m drinking one now as I write this. I can usually only drink two at one setting though, as the sweetness usually starts making my stomach hurt.  But it’s a great beer to sip on a hot day. Or any day really!