Sick of Bro Country? Read this.

There is a lot of great country music being made out there that you won’t hear on your mainstream country radio stations, especially if you live outside of the state of Texas. 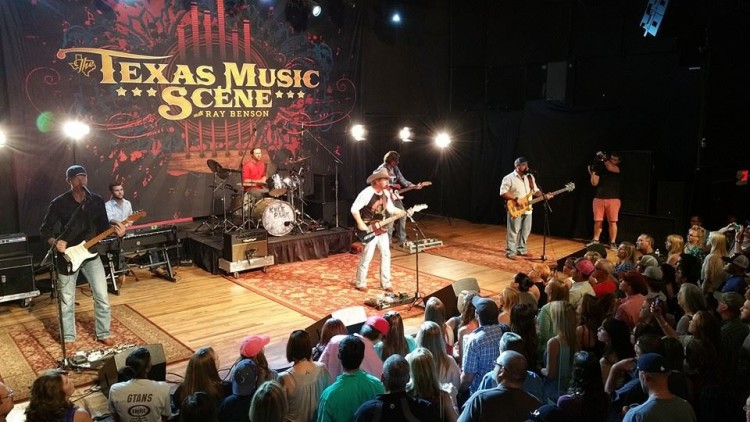 Last night I went to a taping of a TV show that’s called The Texas Music Scene. Hosted by Asleep at the Wheel frontman Ray Benson, they have a lot of great content on YouTube, check it out here

Here’s a video of Kyle Park singing his song “Make Or Break Me.”

Kyle Park is a friend and co-writer of mine. Our song “The Night Is Young” was Kyle’s first number one in Texas, and his current single that we also wrote “What Goes Around Comes Around” is at number 10 this week. (He performed it at the taping last night for a future episode of Texas Music Scene) I may be biased, but why isn’t this kind of stuff on country radio?

Kevin Fowler is a staple in Texas. He’s been performing for over 15 years and has a huge fan base.

Kevin and I have written a lot of songs, including his hits “Cheaper To Keep Her” and “Beer Season.” I joined Kevin onstage last night at the Marc and performed it with him for the crowd after the taping was finished.

Deryl Dodd is from Dallas and played in Martina McBride’s band before getting his own Nashville record deal.  Deryl had hits with the Tom T. Hall song “That’s How I Got To Memphis,” and “Bitter End” in the late 90’s. After a bad bout with viral encephalitis, Deryl returned to Texas and is still touring. I got to see him perform at Larry Joe Taylor’s Rhymes and Vines last weekend, and it was awesome.

You won’t find any rap beats on these guys records. Plenty of fiddle and steel and great lyrics.

They’re as real as it gets.