16 states since January, and some twice. Add 4 more to that after this month.

This week I’m off to Idaho to see the kiddos and do a couple shows. The first one is this Thursday at Nashville North in Post Falls, Idaho, near the state line.  There is a brand new Parrot Head Club starting there and this is their first event, thanks to their president Ward Crawford.

Then I’m doing a private event on Saturday in Post Falls. The following week I head off to a house concert in Asheville, NC on the 19th, Smokehouse Live in Leesburg VA on the 20th, and on the 21st Coley McCabe and the band join me in Winchester, VA for the Friday Night Live Music series. We play at 7pm, the opening band goes on at 5:30.

Then on the 22nd we fly back to San Antonio for the Trinity Oaks Gala. Trinityoaks.org is an organization that takes Wounded Warriors and terminally ill children on hunting and fishing trips in South Texas. They are a great organization!

The following week I’m off to Minnesota and South Dakota. More on that later!

The winners of the “Who’s Your Little Miss Everything?” contest are David and Melanie Broadbridge of Covington , LA. they will get a trip to New Orleans, two night accommodations in the French Quarter, dinner and a private show from me, and get to be in the music video for the song.

My CD “12 Pack” is being re-released on Sept 11. You can pre-order it now at  http://mkt.com/thom/cd-thom-shepherd-pack-pre-order

And Coley McCabe and I just got added to the line up for Music fest in Steamboat, CO in January! 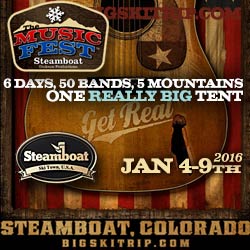